In part three of this mini-series, we feature our CMO of Duelist King, Nicole Nguyen. Nicole is a marketing expert, global speaker, and blockchain expert. In this short blog, we outline Nicole's role at Duelist King and her history in the industry.

Nicole Nguyen is the CMO of Duelist King, in charge of all its marketing operations.

She is the co-founder of Kryptovietnam and holds seniority positions at many established organizations such as Global Impact Fintech (GIFT) and the Association of Vietnamese Scientists and Experts (AVSE Global).

Similarly, Nicole has been the key organizer behind community outreach initiatives like the Vietnam Blockchain week and Hackathon.

Featured by Forbes, the Business Times Singapore, and South China Morning Post as a blockchain thought leader, she is regarded as a leader and expert in the blockchain space attending conferences and events around the world

.That wraps up part three in this mini-series, featuring the Duelist King team.

Nicole Nguyen is the CMO of Duelist King, an upcoming NFT card game powered by transparency, fairness and democracy. Nicole is also the co-founder of Crypto Vietnam and has leadership positions at other firms such as Global Impact Fintech. Nicole is the mastermind behind several Blockchain orientated events such as  Vietnam Blockchain Week and has featured in over twenty international conferences. I had the pleasure of interviewing Nicole about her experiences and the past, present and future of her upcoming NFT game Duelist King.

What is Duelist King?

We aim to be the leading multi-chain NFT card game powered by fairness, transparency and democracy. Many of these values are underlined by our in-house infrastructure with super exciting applications of the blockchain-like decentralized oracle, Random Number Generator and Decentralized Autonomous Organization (DAO).

What made you create your game?

Our founding team have known each other for six years before convening as Duelist King avengers. In addition to our passion for Blockchain and gaming, we believe this is the right time to start up something on our own and leverage the network and expertise acquired in the last six years.

Including Nicole, Duelist King has a great pedigree with its co-founders having distinguished expertise in the blockchain space:

What sets Duelist King out from the rest of the competition?

Duelist King is not just another blockchain game – it starts as a game with world-class designs and gameplay powered by exciting applications of Blockchain. We believe that it doesn’t matter if you build a blockchain game or a mainstream game – at the end of the day, it should centre around gamers’ experiences; hence everything we are doing is to elevate this experience through the look, the feel and the technology behind it.

People can enjoy Duelist King as a cool card game that offers intensive, hard-core gaming experiences coupled with a different level of strategization while enjoying the transparency, fairness and stakeholder-centric values powered by Blockchain. Such technology is reflected in our product offerings – the distribution of the cards is randomized and verifiable on Blockchain, the unique combination of cards and luck-based dice eradicates the absolute unfair advantages of better off and more experienced gamers since you still have to compete against luck no matter how much money or experiences you’ve got.

Additionally, the DAO-governing model to be implemented next year will eventually transform Duelist King into a community-owned and community-driven game. All decisions on the card design, gameplay and tournaments will rest with the community.

At the end of the day, it’s all about Gamers’ Experiences, and we want to empower this trio of Enjoy – Engage – Earn features for gamers to get indulged incentivized while gaining more ownership in the game.

Duelist King Releases its Public Alpha 2.0. Here’s How to Get Involved 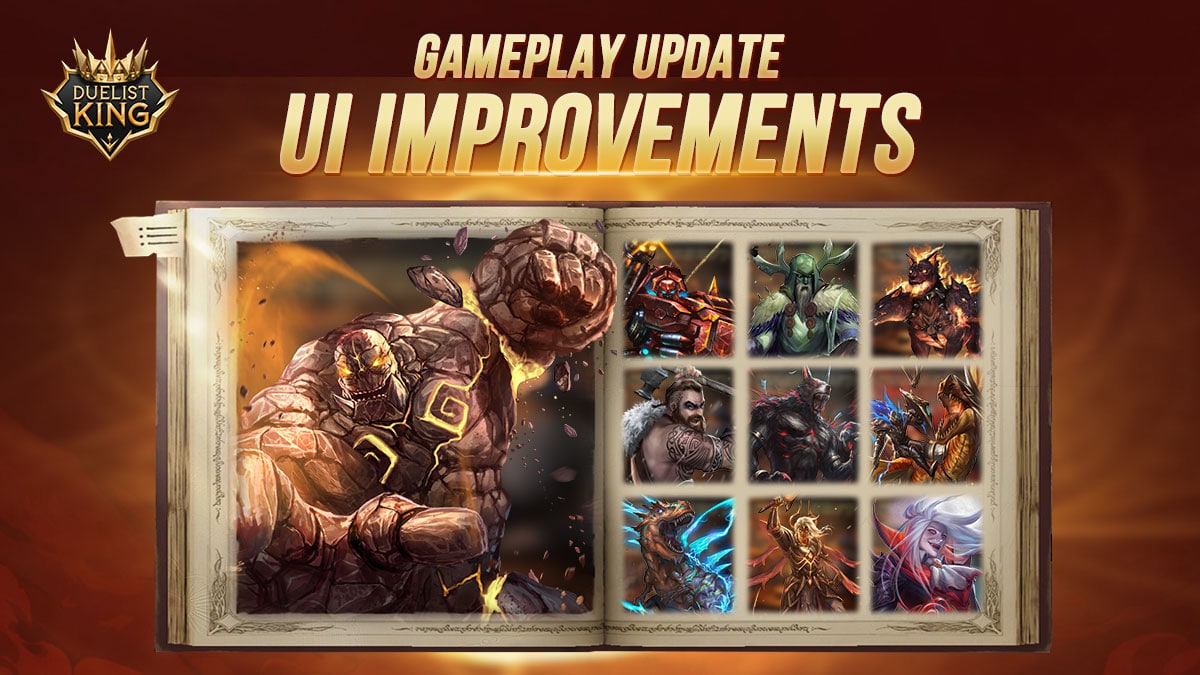