DK Playbook: A Guide to Getting Started with the Demo 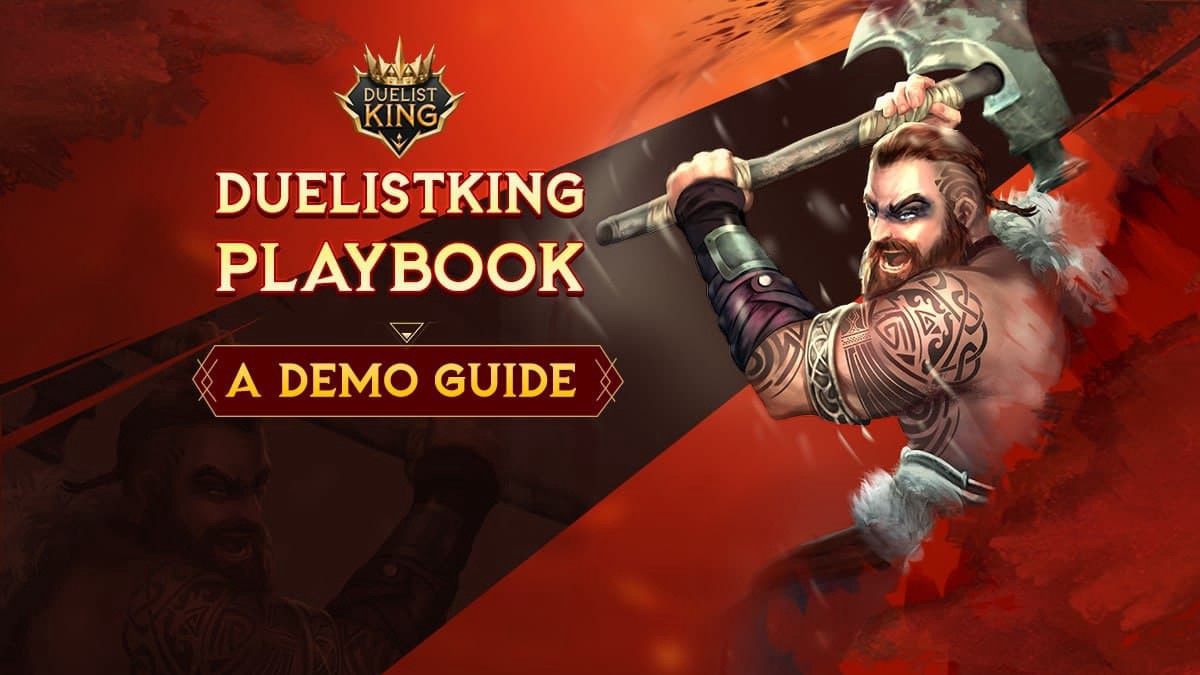 Duelist King fans, it’s that moment you have been waiting for, the release of our brand new demo. Over the last year, our development teams have been working hard to fine-tune and build out gameplay for Duelist King in time for the game’s release in March.

As a result, we are proud and incredibly excited to launch our very first playable demo. Those who have signed up for the Duelist King demo will have exclusive access to it.

This demo will showcase a classic level of Duelist King, pitting you against the computer in intense player vs enemy combat. The demo will get you familiarised with Duelist Kings core gameplay mechanics, giving you a glimpse at what you can expect from the full game when it is released. But first, let us explain everything you need to know about the demo.

This blog will provide a step by step guide on the demo and its core gameplay mechanics.

A Guide to the Demo

To start the game, you will then need to choose your deck. You can either choose from the ranger, melee or buff deck. Each deck varies in their card type. For example, the melee deck focuses much more on melee creatures (see below, for stat information).

Once you have chosen your deck, you will be dropped into a game against the computer. It is as easy as that. Congratulations, you can start playing the Duelist King demo!

The core gameplay rules in a nutshell:

They can have a minimum of 25 cards and a maximum of 30 cards in a deck with 10 cards max in hand.

There are two phases to a players turn

There are three main types of dice, fixed every turn:

After receiving a buff from the dice roll, two cards will be drawn into the player’s hand automatically

2. After the card draw, players can now choose how to act with their cards. Players have two actions. For example, players can summon a card, use it to attack and then summon another card or even use a spell. But be warned you only have a set amount of time to make decisions. Once your time is up, it will be your opponents turn.

Both you and the computer will take turns, summoning and using your cards, in a battle to the death.

There are three different types of cards

The structure of a creature card is laid out below. You will see their attack points in yellow, and in red, their HP. You will also find how many summon tokens you need to summon the card, its attack type, name, rarity and, of course, its biography.

Note: observing your cards attack and HP stats is key to ensuring that you strategise your attacks at the right time.

Our demo has been long in the making, and we are incredibly excited to give you the fans a chance at playing it. This demo is a snapshot of what the full game of Duelist King will look like next month. We hope you enjoy the demo and get more excited for Duelist King.

We are incredibly proud of our development teams and everyone who has worked on the game; we hope you are just as enthusiastic about it as we are.